Saito came to the states last year and lights out in L.A. Due to a lack of a dropping-away kind of off-speed offering against lefties, he pitches more effectively against righties. However, this isn't to say he is not good against them, just not as un-hittable to the extend when against righties. When he faces a left-handed hitter, he locates his fastballs both in and out, while not exclusively aiming the lower corner of the strike-zone. He uses the upper half of the strike-zone pretty often and pretty well. He puts his curves low-and-away for swing-and-misses, low-and-in for strikes looking. In the meantime he mixes in sliders either in on batter's wrist, working as a cutter, or going back doors. From time to time he tries to induce weak contact with his sinkers away. Some sources say Saito throw a splitter but it doesn't seem like it's one of his main repertoire.

When facing a right-handed hitter, things get much simpler. While using the upper half of the strike-zone occasionally, his bread and butter is the low-and-away corner of the strike-zone, blending his fastballs and sliders while changing the locations, making it within or out of the strike-zone, as called for by the situation. You might see some outside curves, high-heats, or sliders in, but those are only to be shown or to surprise.

One might wonder why is that a such simple strategy being that effective, the key is Saito's amazing command. Fastball or slider, he spots them right at the very corner of the strike-zone with a very high reliability and precision, making hitters constantly falling behind in the counts and getting overly aggressive to his subsequent offering outside the zone. A hitter rarely see a fat pitch coming while Saito is on the mound. Additionally, even when he does miss, he miss in the "right direction". The excellent control along with his velocity sitting in the low-90s range and the way he sinks or rises his fastballs, it is extremely tough for batters to jump on any of his pitches. They are often in the dilemma of swinging at those bad-strikes or falling behind further in the count, kept off-balance both timing-wise and location-wise.

There is an article by Joe Sheehan on Baseball Analysts mentioning something special about Saito that surprises Sheehan, that the hitters swing and miss to his fastball as often as 42% of time, much higher than the league average, which is 13%. The rate gets even higher when he faces a right-handed hitter, to an eye-popping 60% (29% against lefties). Sheehan compared Saito to some other pitchers whose fastball moves similarly and travels at a similar velocity. None of them was even close to Saito in terms of missing bats. If Sheehan had spent some time observing Saito pitching, he wouldn't have been surprised by the result. That extremely high swing-and-miss percentage against righties didn't come from how his fastball moves but from how he spots his fastballs and sliders with precision and consistency, which also contributes in his ability to stay ahead in the count. As a result, right-handed hitters is constantly forced to swing at those fastballs located outside of the zone, or miss the timing due to trying to avoid to be fooled by his sliders away. However, when facing the lefties, Saito has to go in more often and his slider doesn't protect his fastball as effectively as pitching to a right-handed hitter. As a result, the swing-and-miss percentage dropped significantly (from 60% against righties to 29% against lefties). 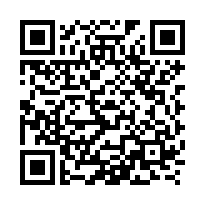