Lost control of the sinker lead to a disastrous start.

Nothing new here. Wang just can't be effective without his sinker working. First inning, with the Red Sox hitters out there swinging at his sinkers, Wang got 3 grounders with his sinkers and splitter. When he found himself not able to throw his sinker for strikes in the second, his off-speed offering just can't turn things around. As he tried to put away Nava with a splitter but Nava pounded it off the wall. Wang came close with his breaking pitches against Stephen Drew, who hits a catchable line drive to right field but misplayed by Jose Bautista. That's about as far his off-speed offerings can take him without the sinker but unfortunately the defensive support didn't come along when most needed. After getting two outs on one pitch, a sinker of course, somehow Wang just didn't give his sinker another shot, especially after Pedroia swung through the only sinker he saw in the at-bat, and went with the off-speed again and Pedroia sent the pitch over the green monster and knocked Wang out of the game.

Wang did make some progress on his off-speed pitches but they haven't become consistently reliable. None of them can be used to attack hitters on any given day. Sure that with his sinker not as good and the hitters are therefore more likely to make solid contact against them, as Salty and Ellsbury sent it right back to the middle, Wang has to establish his sinker. Pitching backwards and go back to his sinker to finish the at-bat is also an option, as he did with Ortiz. However, due to the lack of control of the sinker, Wang had no choice but reversed the roles of his sinker and off-speed pitches and the result got ugly. 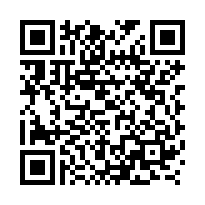