1.Miguel's still so darn good. I know I've said this a lot of times, but what the hell, I just love this kid.

2.Beltre's swinging a good bat today and cleared the fence twince. Maybe there's a chance he could turn it around this year. Let's wait and see.

BTW, Andruw Jones seems to be the biggest disappointment before beltre, and he finally lives up to the expectation last year, just when most people thought that it's not going to happen, at least for BP people：

BP 2004
…略…Plenty of players peak early, and there are signs that Jones may be one of them. His speed metrics were way down for the second year in a row, and his inconsistency reveals a player who, like Jose Cruz Jr. or Aramis Ramirez, lets go of one skill as soon he picks up another. Particularly frustrating is his inability to sustain gains in his walk rate—Andruw's plate displine collapsed in the second half and he managed just a .314 OBP after the break. We may need to settle for Jones being merely a very good player.

BP2005
…略…but  he may always have the whiff of unrealized promise about him. Considering how his career figures to shape up, that's patently unfair. Still, his vaunted defensive chops seem to be squarely in decline. This past season was his worst since he became a full-timer in 1998. He's still a good one with the leather, but he's less than a win above average. On the offensive end, only once since taking over for Kenny Lofton has he been outside the top five NL center fielders in VORP. That's not Willie Mays, but it is dame good.

We could see BP reveals pessimism about Andruw in 2004 and start saying that what he did was still good instead of whether he will breakout in 2005. Now he finally takes his game to another level—slugging-wise—and it seems like everybody thinks he would keep up his output in the last season, but would he? Although I'm on the positive side just like anybody else, there might still be chances that he could surprise me again.

Hope that both Andruw and Adrian could do what they're expected to this season.

2.Maybe I haven't seen a foreign baseball game with Taiwanese broadcaster and commentator for a long time, I'm not really comfortable with it. So many names were pronounced  incorrectly. Take Johan Santana for example, one channel calls him Ho-Han Santana while the other one calls him Joe-Han, others like Tejada, Vizquel, Francoeur, Cantu, Guillen, Encarnacion, Rodriguez, Castilla, Barret, and even Derrek Lee were not pronounced correctly. That's a little unsatisfying for a legitimate broadcaster.

3.Everytime after watching a international games played by famous teams, the commentators inevitably would claim that we should learn this and that from them blahblahblahblah or something like that. Now years gone by and hundreds of internation games had been played, what we need to learn, according to those commentators, remain the same. I think there's two main reason for this. First, they just know that they should learn from those advanced country, baseball-wise, but they don't even have a clue about what to learn and how to learn. The second one is that those commentator don't know nothing, and "we should learn form them" is all they are capable of saying.

4.Seeing that Pujols batting in the top of the ninth with no out, runner on 1st base, Dominica leading by 1 run, makes me wonder that if it's Chin-Feng Chen batting for Taiwan in this kind of situation when the scores is within 1 run, would those Taiwanese managers be stupid enough to ask him to bunt? If history's any guide, I don't consider it impossible. 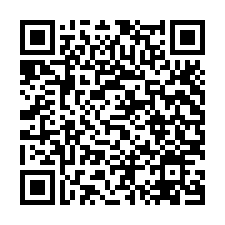