Maddux pitched an 8 innings gem in his first start since turning 40. He allowed only 3 hits and 1 runs and fanned 6 Dodgers while walking none.

He showed tremendous command in the game. I don't think he missed as far as 2 mitts more than 5 times in the game. During the whole game, maybe only once can you hear him snarling at himself for mislocating a pitch that he really wanted to make, as he always does.

The way Maddux pitched yesterday was the same as always. He hit both corners of the strike zone with his sinker, lured swing-and-misses and weak grounders with the change-up, confused hitters with the cutter, and gave them a little surprise with an occasional curve. Dodgers hitters worked the count full only 4 times in the game. In those 4 at-bats, Maddux got a strike-out and 3 ground-ball to second with 4 change-ups.

In the 4th inning, Maddux  got a little help from the pitching coach Larry Rothschild who told him to put on a pick-off play by which Maddux succesfully caught Rafael Furcal in a rundown as he attempted to steal third. Two innings later, Maddux got Furcal out again with other's help again, this time from his third baseman Aramis Ramirez who stopped the hard hit grounder with a diving effort. Besides his pitching coach and teammates, the ballpark maybe helped Maddux a little bit, too. In the 7th inning, J.D. Drew sent a mislocated change-up, which was the fifth thrown in a row by Maddux,  to the right field and it was caught  by right fielder Jacue Jones at the warning track, about 10 feet short from the bleacher of the pitcher friendly Dodger Stadium.

What makes Maddux great tonight is what makes him a great pitcher for more than a decade：pin-point control, great movement on the sinker, deceptive change-up, and wisdom.

Maybe you can't teach an old dog new tricks. But in this case,  you don't need to. 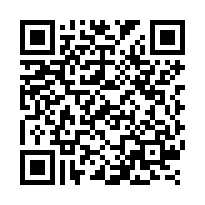