Almost every year since entering the 21th century, there were always some guys playing surprisingly well and their numbers just explode from their established level. Some of them did acheive a new level of ability and become a better player since, and there're also some so-called one-year wonders. Here's the list:

Rich Aurilia, 2001. Absolutely a fluke and one that cost Seattle 2M and oh btw, Carlos Guillen.
Bret Boone, 2001. Kind of a fluke, but he surely reached a legitimate new level of ability since then.
Luis Gonzalez, 2001. A Brady-Anderson style fluke.
Esteban Loaiza, 2003. Loaiza?? I thought that one was Oswalt.
Jose Guillen, 2003. Boonesque season.
Melvin Mora, 2003. How'd ya do that??
Carlos Guillen, 2004. Guillen+2M for Ramon Santiago and Aurilia. Good move, Bill.
Adrian Beltre, 2004. Looks like he's trying to win a fluke of the year award.
Ben Sheets, 2004. Right behind Adrian Beltre.

It's 2005 now, and we've got Brian Roberts, Derrek Lee and Bret Myers so far. 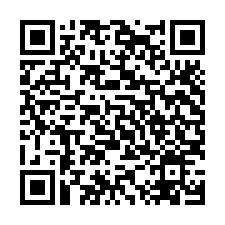