While Medlen still got decent control, his command is off. He couldn't keep his fastball down and left way too many of them thigh high and some of them got pounded. He couldn't quite find the outside border of the strikezone of the home plate umpire either. The changeup was still working and he found his curve back after the first two innings. His cutters chipped in a little, too. However, without quality location on his fastballs, he couldn't get on top of the hitters. Plus the fact that whatever he throws, Dominic Brown hits it. Making it one of his worst outing of the year. The Braves fans surely hope that it's the temperature that's been giving Medlen trouble locating his fastballs.

On the other side, Pettibone effectively attacks the lower strikezone with his changeups and occasional fastballs and sliders. With enough of them caught the bottom of the strikezone, the Braves hitters couldn't do too much. McCann, Freeman are swinging a good bat now, and so is Simmons but I want to see him lift the ball a bit more and get more line drives instead of hard grounders to the pull-side of the infield. Justin Upton's timing seems to be a little off and hope he can make the adjustment before long. Can't tell what's with Uggla and B.J, though, at least not before watching them for more at-bats. 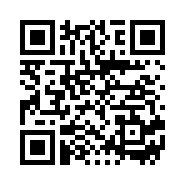