Chen's a nibbling pitcher. Good at hitting low-and-away corner with his fastballs against RHBs. Sometimes he opens up early and the fastball got away but generally he makes his mistakes in the right direction. His sliders is a decent pitch and he uses it in a standard pattern, his splitter/change-up is not consistent enough but could be a legitimate out-pitch for him and with which he's hitting the low-and-away corner with a decent consistency, while he sometimes relies too much on it and this could come back and hurt him. He throws a slow curveball not really sharp enough but he's good at dropping it in for strikes and it could serve to keep the hitters honest and entice more swings at his high fastballs.

Chen uses both side of the plate. While he put more emphasis on the outer half, he does go inside part of the plate, which he needs to and he's doing it pretty well. He also goes up the ladder with his fastball sometimes and it's effective with the rising action on it, plus his curve is also making it more effective.  With his repertoire and style of pitching, Chen's a flyball pitcher who needs defensive support from the outfield.

Chen's biggest asset is the ability to avoid the fat part of the plate and he doesn't give in on the location in any occasions. Basically he's a power-up Tom Glavine with a less effective change-up. If his fastball caught too much of the plate, he gets hit, but as long as he maintains that command he should be doing fine. However, when his command are off, he risks of being punished heavily and resulting in a big inning. 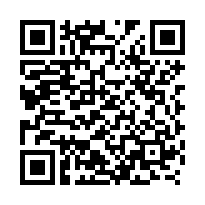