A key pitch selection and a little miscue of Springer's command made it easier for the Braves to come back and win the ball game.

The game was tied when entering the top of the ninth inning, J.D. Drew was at the plate with the count 3-2, 2 outs and Rafael Furcal on 2nd. The next pitch was a fastball from Springer and was driven to the right field gap by Drew to score Furcal who stole the second base during Drew's at-bat, giving the Braves a one-run lead at the beginning of bottom of the ninth, and that's enough for the Braves with John Smoltz on the mound. Braves beat the Astros 6-5 and took the series back to Atlanta.

Throwing a fastball in the strike zone to Drew with the full count and the first base open? That sounds like a mistake to me. Drew has been trying to hit a fastball for most of the time in the series. Oswalt, Lidge, and Backe all gave Drew a hard time swinging through their breaking pitches. Now with the first base open and a right-handed hitter on deck, I don't think that challenging Drew, the left-handed fastball hitter, with a Springer's low-90s fastball is a good idea. Furthermore, even if you are to throw a fastball in that situation, you better locate it inside, and I believe that's where Ausmus wanted it. Unfortunately(for the Astros, of course), the ball went to the outside half of the plate about chest high, and Drew delivered the game-winning rbi single. 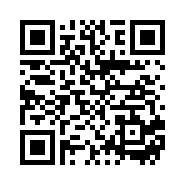