1.Jered Weaver got pounded a little bit in the sixth and surrendered 4 runs before replaced by Donnelly. Though Weaver didn't have his best stuff today, with his great command of the ball and some good fortune, he cruised through the first 5 innings without giving up a run. Weaver didn't really pitch poorly in the sixth, but Indians hitters got on top of him, including a nice piece of hitting knocking in a run with two outs by ex-Mariner Shin-Soo Choo. It's the kind of things that a pitcher without topnotch stuff is goint to deal with, especially when he isn't at his best. Weaver is really a very valuable young arm. With that command, you just can't not like him. Just watch how he got Sizemore struck out looking on a slider in the 3rd inning, and that pitch isn't just an occasional accomplishment. Though it's not a killer slider, he can hit that spot with it precisely and confidently at a high frequency. To me, the main problem for young Weaver is how well and how long could he maintain his stuff as the season goes on, or for a further concern, as he ages. If he lost something on his pitches, he would turn into a pitcher barely above average, if not worse. But at this stage of his career, I think it's too early to worry about this.

2.Vladmir Gurerrero hit a homerun off Jeremy Sowers his first time up. The homer perfectly demonstrated the strength of this guy. That pitch sent over the right field fence by Gurerrero was located below his knees and on the outside part of the plate. Even if it's not exactly where Sowers wanted to put it, it  wasn't far off. When a pitch like this results in a round-tripper, the only thing a pitcher can do about it is smiling and saying this to himself："I'm in the big league."

3.Shin-Soo Choo, who had the clutch double against Weaver as mentioned above, was recently dealed to Indians for Ben Broussard by Mariners and is hitting .387/.486/.677 since in his 37PA as an Indian. I don't really like this move, given that Broussard is an A/E first baseman (Choo won't be A/E until after 2009)and that both Sexson and Ibanez would be on the team until 2009, so for me it is a bad move but not the end of the world for 3 reasons:

1).Mariners DH was basically a joke.
2).Broussard is at least a adequate hitter against righties in the past and a very good one this year
3)Choo doesn't have a huge upside.

However, considering that Snelling may never be able to get rid of the status as a cursed player, and Adam Jones is not hitting in the majors yet, I still don't like this move. But this trade isn't nearly as bad and probably shouldn't haunt Mariner fans as the one in which they lost Carlos Guillen for Ramon Santiago and Juan Gonzalez(not that Gonzo, of course), which is basically nothing. The reason Mariners got rid of Guillen seems quite simple: They don't like him(probably because of his behavior off the field). As a result, they gave him away for free. I can't accept that trade at all at the time: How would you give up a 27-year old SS who's had 98 and 102OPS+ in previous two seasons for a 31-year old one(Rich Aurilia) with 95 and 91OPS+ during the same time who would cost you 1 more million dollars?  In his recent article(prescription required), Jazayerli puts it this way：

"To be fair, this looked like a lopsided deal at the time. Christina Kahrl wrote as much at the time: "The best move of the off-season for Dombrowski so far has been the acquisition of Carlos Guillen, a perfectly competent everyday shortstop, for a long-shot prospect in Gonzalez and a never-was in Santiago." But what looked like a merely imbalanced trade now qualifies as Grand Theft Shortstop. Santiago could not hit at all (.225/.292/.284 in 2003), but he had just turned 24, and occasionally young shortstops already established in the major leagues learn to hit later on. Santiago did not. The Mariners released him last November, and ironically he's back with the Tigers, currently toiling in Toledo."

Even if Guillen remains an average player, it's still a bad move. Of course, Guillen's breakout made it look worse.

4.I watched Felix for 2 innings in today's game. The good news is that he was keeping the ball down albeit still lacks of a great command, and 1 free pass in 8 innings is another thing for Mariner fans to cheer for. 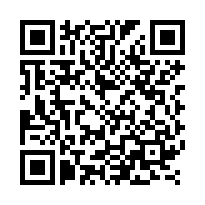