The Mariners is sailing away...toward the land of hopeless.

The oldest one among those three is Soriano, 26. The highest paid one among them is probably also Soriano, around 1~1.5M. Okay, we do have some reasons to deal these guys(concussion, injury-prone, a disappointing season), but for Ramirez&Vidro?

Ramirez, a back-end starter with low K-rate and some injury issues, is gonna make more than 3M in 2007.

Vidro, a 31-year-old 2B, a position which generally don't age well, who's coming off a couple of injury-plagued and declining seasons and M's will pay him 8M for the next 2 years.

Not a fruitful result for giving these guys up but also not that bad if those two are the last pieces for a contending team, which, sadly, is the exactly opposite of the current situation.

M's are not contending next year. The last things they need are some mediocre players who cost substantially more than the minimum salary, and now Bavasi gave up some young and cheap players to get a couple of these guys. BTW, did I mentioned that he also signed Miguel Batista for 27M/3yr?

Yet there's a bigger problem. M's already has a 2B so Vidro is gonna play DH for the M's!!! That's just ridiculously ridiculous. You give up Snelling and Fruto for someone who has a .263EqA last year to play your DH??? DH??? DH???

I knew that Bavasi has an obsession for collecting mediocre talents. As a result, M's have always had an abundance of them and keep losing with them. But acquiring Vidro to play DH??? DH??? DH???

Didn't they give Bavasi an intelligence test before hiring him? 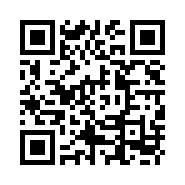